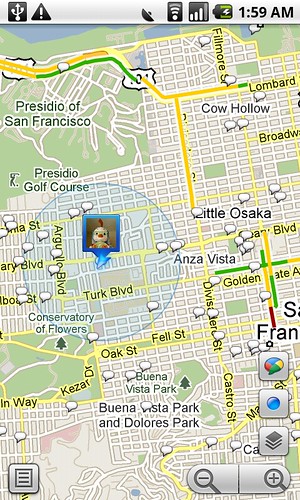 Today, I have tried the new service named Google Buzz which is twitter type of service that is provided by Google. I tried to mention my first impression briefly.
(Googleによる日本語訳はこちら) 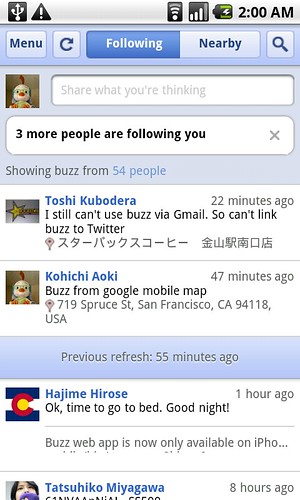 At first, Google Buzz is still beta. It is gradually introducing for gmail users. But if you haven't got the invitation, please try to access http://buzz.google.com/ directly from iPhone or Android(2.0 or later). You can use it right now. 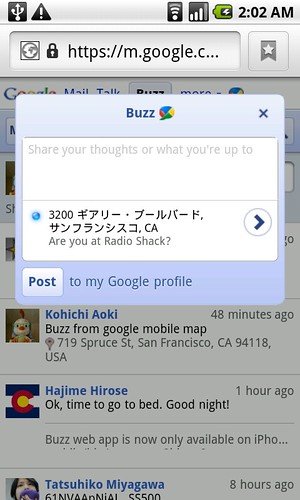 At first glance, Google Buzz seems Twitter clone by Google. I think it is developed by advanced HTML5 features. The design and technology are similar at Google Wave.

It is already working fine with WebKit based browser. One of better feature than twitter is the integration of location information. You can see the Buzz from Google mobile map on Android. It's really awesome.

Basically, It seems honor service but I can't see any critical function which I want to switch it from Twitter by so far. Exactly, if this service become major or not, it is depend on how many my friends to use it. I have to wait and see continuously. I hope it doesn't become Google wave :-P

At last, when iPad or Chrome OS is come, Google Buzz may become more useful. Because it is fully working in the browser without switching application.